The WRT squad had a flawless run-up to race day, without any technical issues. They qualified in P10 in a session dominated by Porsches and came in 3rd place in the warm up on Friday morning.

Kelvin van der Linde took the start in the #31 Audi and quickly moved up to fifth, handing over to Louis Machiels, followed by Frank Bird. Benji started his first stint five hours into the race in pitch dark, did a fantastic job by adjusting to the tricky conditions on a track which he has never raced before. At only 17 years old, the Bullet Athlete was the youngest GT3 driver on the grid.

The high number of Code 60 caution periods made it hard for the WRT quintet to close the gap on the frontrunners, but thanks to a spectacular charge by 2020 GT World Challenge Sprint Cup champion Dries Vanthoor, they climbed all the way up to third by the halfway point of the race.

As a result of an amazing team effort, a well-chosen strategy and perfectly executed pit stops, the faultless WRT squad crossed the line in second place, as the best-placed Audi team.

“I’m very happy with my first podium of the year here in Dubai,” – said the ROFGO Junior driver. “Big thank you to the entire team and all my teammates. I’ve learned so much from them. I can’t wait to come back here next year to fight for the win, but for now my focus is on the season ahead and finishing my final year at Millfield School.”

Benjamin now returns home to carry on with his studies remotely – since Millfield School- just like all other schools in the UK –remains closed due to the COVID-19 pandemic. 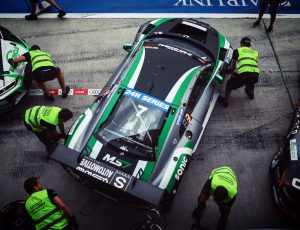 BENJAMIN GOETHE TO RACE AT THE DUBAI 24 HOURS

Benjamin Goethe will start the 2021 season in Dubai, competing in the 16th running of the iconic 24H race with 2016 Dubai 24H-winners Team WRT. 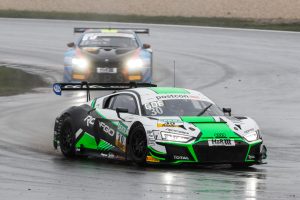 BENJAMIN GOETHE ON THE PODIUM AT THE LAUSITZRING

Less than a week after his 24 Hours of Spa debut, Benjamin Goethe was back behind the wheel of the Audi R8 GT3 LMS last weekend. The 17-year old ROFGO Junior driver was called up by Team WRT alongside 24 Hours of Spa podium-finisher Frédéric Vervisch (BE) to replace the usual driver pairing for the penultimate round of the ADAC GT Masters season at the Lausitzring.

BENJAMIN GOETHE SHINES AT THE 24 HOURS OF SPA

ROFGO Junior driver Benjamin Goethe has faced the biggest challenge of his young racing career at the 24 Hours of Spa – a race which put even the seasoned professionals to the test.